Samsung’s next two foldable phones Galaxy Z Fold 3 and Z Flip 3, have many of the same features as their previous models, but they also have key differences. 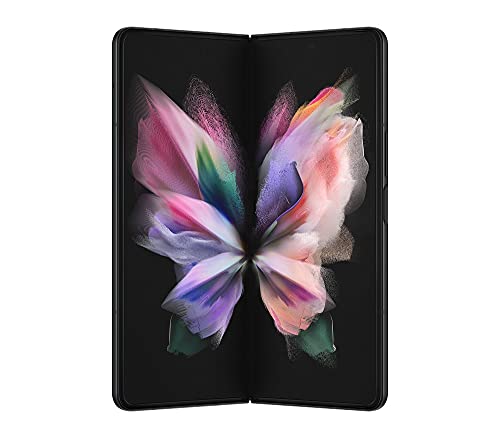 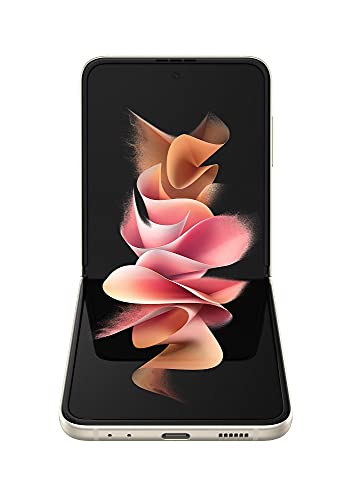 Our Samsung Galaxy Z Fold 3 Comparison vs Galaxy Z Flip 3 is for you if you’re looking for a folding phone. Although both phones feature foldable displays, the specs, price, and screen sizes differ.

So without further delay, let’s begin the comparison of both Galaxy Z Fold 3 and Flip 3 smartphones. To discover which one is better in which feature.

Both Samsung Galaxy Z Fold 3 and Galaxy Z Fip 3 come with two screens. One on each side, one on the inside. Samsung refers to both the front and back displays as Cover screens on both models.

Samsung improved the durability of its phones by using an Armor Aluminum casing. The display is up to 88% more durable and IPX8 resistant, which should withstand water splashes.

The cover screen on the Galaxy Z Fold 3 is 6.4 inches and acts the same as a standard smartphone display. You can tap and swipe around the interface just like you would on a Galaxy S21, any other Android phone, or an iPhone.

The Galaxy Z Fold 3 is an amazing phone. It can double as a tablet and has a main display that measures 7.6 inches. A new under-display camera is available that disappears when it’s not in use. This means you don’t need to be concerned about a punch hole. The exterior screen measures 6.2 inches. However, both panels have 120Hz refresh rates.

The Galaxy Z Flip 3’s cover screen measures 1.9 inches. Its primary function is to provide a viewfinder for taking selfies or to display information in email alerts and text messages.

In terms of charging and battery life, there are some significant differences between the Galaxy Z Fold 3 & Z Flip 3.

The Galaxy Z Fold 3’s 4,400 mAh dual battery should provide enough power to last you the whole day. Fast charging is an advantage for the Galaxy Z Fold 3, with 25W support. In short, Galaxy Z fold 3 allows you to run your phone all day and gets a full charge in a shorter time.

The Galaxy Z Flip 3 packs a much smaller 3,300mAh battery. The Z Flip 3 charges at a maximum of 15W. The Galaxy Z flip 3, in terms of battery timings and life, is not superior to the Galaxy Z fold 3.

If we talk about the camera and its quality, both Samsung Galaxy Z Fold 3 and Fip 3 are different. But no doubt both are experts in delivering sharp, bright, and Highly regulated photos and videos.

A 10MP front camera and a 4MP camera under the display at the top right corner of the Z Fold 3 are also included in the Z Fold 3. It’s best for video calls because it isn’t super sharp.

The Galaxy Z Fold 3 was an ideal launchpad for UDC. It also has a standard cover camera that allows you to take a selfie.

Although the UDC sensor has larger pixels, it does a decent job maintaining good luminosity and color levels. However, the image is not as sharp.

The Galaxy Z Flip 3 comes with dual 12MP cameras. A wide-angle and ultra-wide lenses are available. They have a 123-degree field view. Upfront, a 10MP camera for selfies is included. The Flip is not equipped with a Telephoto Zoom.

Flex mode lets you adjust the angle while stepping back to take hands-free selfies.

Galaxy Z flip 3, with its Dual Rear camera, allows unlimited selfies. To activate the shutter, hit the volume button on either side.

Samsung Galaxy smartphones feature the latest, most intelligent features. These most innovative features are the driving force behind both smartphones’ success.

The Z Fold 3 allows you to run up to three applications simultaneously. It also works with third-party developers to optimize apps for Fold 3’s large screen. Some new apps are Microsoft Office, Snapchat, TikTok, Spotify, YouTube, Netflix, Spotify, and YouTube.

The Z Fold 3 is the first foldable phone that works with the S Pen. You can draw, take notes, and even draw on the screen. For $99, you can get the more powerful Bluetooth-enabled S Pen Pro (Standard Z Fold S Pen Edition) or the Galaxy Z Fold S Pen Edition ($49). For $79., you can get a case that includes the S Pen. The Galaxy Z Fold 3 supports Flex mode, which makes it more versatile.

The Galaxy Z Flip 3 offers some unique features, including a 1.9-inch display cover. This touchscreen allows you to interact with several widgets, including weather, notifications, music playback, and more. The cover display can be used to take photos or videos by simply pressing the power button. It is great for taking selfies.

Flex mode is another benefit of the Galaxy Z Flip 3; Flex mode is a feature that allows you to display content on the top and controls at the bottom. This includes the Camera app and YouTube. There are many more.

In terms of performance, there is a tie-in between Galaxy Z Fold 3 and Galaxy Z Flip 3. You can expect similar performance on both smart gadgets. And the reason behind this is that the Snapdragon 888 processor powers them both.

The Z Fold 3 comes with more RAM (12GB). It might also be easier to run multiple apps on the Z Fold 3. This means you can smoothly run-heavy and loaded apps at a time without facing any hassle.

Z Fold 3 also comes standard with 256GB. You can store a huge amount of data, files, photos, videos, and many more without any break. An optional 512GB model can be purchased.

Q: Who makes the folding smartphone?

A: Lin Bin, Xiaomi CEO and founder, published a video about Sina Weibo on January 19, 2019, in which he demonstrated a prototype smartphone with two flaps that could be folded inward. Samsung, The Galaxy Fold, was unveiled at Mobile World Congress in February 2019 during a media event.

Q: Which is the best foldable smartphone?

A: These are the top-rated foldable phones in 2021Samsung Galaxy Z Fold 3. This is the best folding phone available. Specifications. Main screen size: 7.6 inches (2208×1768 pixels; 120Hz)…. and Samsung Galaxy Z flip 5G. This is the best folding flip phone ever. Both smartphones are a breakthrough in technology and gadgets. They are very different from traditional smartphone designs and features.

Q: Which is the cheapest foldable phone?

Q: What’s the point of a foldable phone?

A: The portable device can be used as both a smartphone or tablet by being a two-in-one. This is the idea. Large displays can be folded to fit into a smaller space than a smartphone. When folded out, you have more screen space.

A: Curved screen phones tend to break faster, generally speaking. This is because the edges of the phone are exposed more, and the impact points are greater. A phone with a flat-screen without a bezel frame will crack the glass more quickly than one with a flat screen.

Q: What is the rate of folding phones?

A: The Flip series starts at more than 80,000. The Fold series with higher-end features will cost Rs. 1,49,999. Two foldable smartphones will feature a new protective film made from stretchable PET5, which promises a durable main screen up to 80 percent better than the previous models.

Q: How does a foldable smartphone work?

A: The screens used to manufacture foldable devices can be called OLED (Organic Light-Emitting DiodeThey are made of organic compounds. When electricity passes through them, they emit their light. This allows screens to be thinner and more flexible.